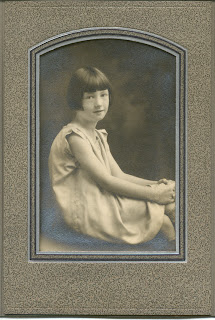 She came of age at the eve of World War II and joined the WACs.  As a trained teacher, she was sent to Karachi, India to teach instrument flying to pilots who only knew how to fly “by the seat of their pants.”  She taught them to use radar so they could fly over the mountains when it was cloudy.

She married Bruce A. Drew in 1948 while both were attending Wayne State University in Detroit on the GI Bill; they raised 6 children together.


Maggie was known for many things; most prominently her deep commitment to world peace.  She worked at the American Friends Service Committee during the Vietnam era, assisting young men to obtain Conscientious Objector status.   She was a member of the Women’s International League for Peace and Freedom and edited their Metro Newsletter for many years.  As a member of WILPF, she organized Mothers’ Day protests of ELF transmitter facilities in Wisconsin, where she had the courage to be arrested three times, and twice went to jail for her beliefs.

She was a founding member, with her husband Bruce, of the Linden Hills Co-op in Mpls.

In later years, she was a member of Veterans for Peace.


Maggie and Bruce taught their children to love each other, to laugh out loud, and to play a mean game of cards.  Maggie's rule was “constant vigilance” and her preferred strategy was to win every hand.  After becoming legally blind, she held the cards an inch from her eyes to play.  When you heard her say, “Heh, heh,” you knew it was all over.

Maggie donated her body to the University of Minnesota; a memorial is planned for later in the year.
In lieu of flowers, please donate in Maggie’s name to the local branch of the Women’s International League of Peace and Freedom:  Minnesota Metro Branch WILPF, PO Box 14752, Minneapolis MN 55414-0752 or you may email the treasurer, Leslie Rendl, at alteravista@usfamily.net.

Do you have a story or memory of Maggie?  Feel free to add it to the comment section.