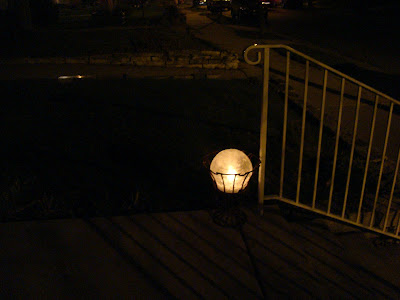 Hi Mary and Jeni,
Last night was World Wildlife Fund's Earth Hour and at 8:30 I put out the ice luminary Jeni made way last winter.  We took a class at the Linden Hills Co-op and made a sample one in the downstairs freezer.  Then I waited and waited for a good old fashioned Minnesota winter to make some more.

So tonight, in honor of earth hour, and to clear out the freezer I put out our only ice luminary.  I finally used the special drill bit I bought just to make a chimney in the ice globe.    The luminary was really  pretty and I think that making one in the freezer for use on special occasions is a great idea.  So what if it is warm.  Last night it was lit at 8:30 and I showed it to Jim at midnight and it was still looking good.  Sometime in the middle of the night it melted and burned out.  Nothing lasts forever, so I enjoyed it while it was there. 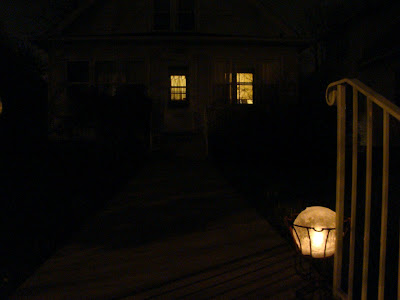 Here is a video made about midnight.  The hole in the top was originally less than an inch so it has melted a lot but it doesn't make it less beautiful.  Thanks Jeni.